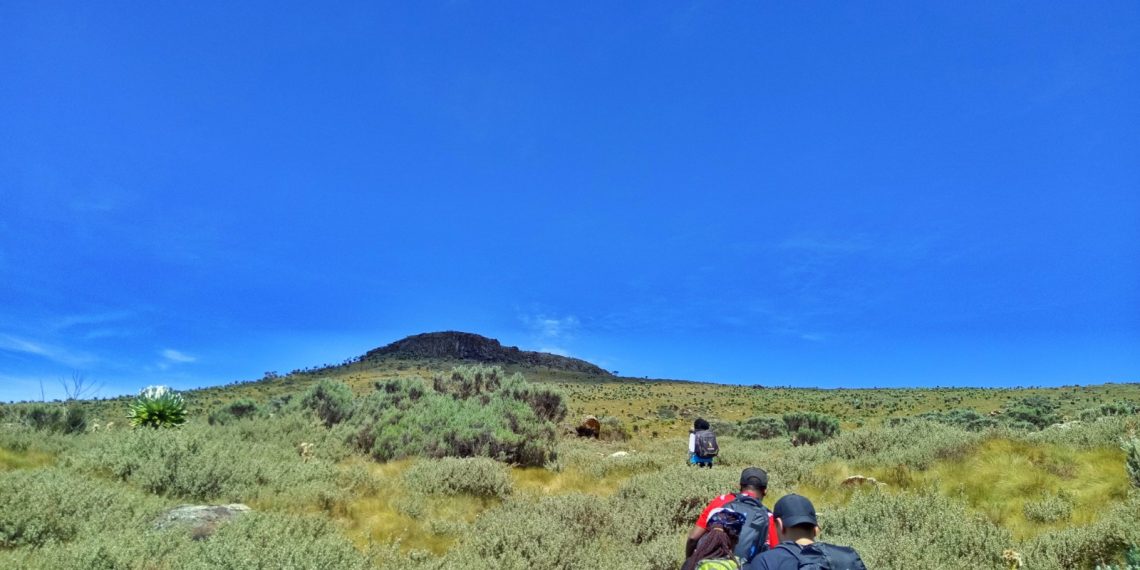 In the northwest of the Aberdare ranges, lies Table Mountain. It stands at an elevation of 3,817 metres.

It’s a bit smaller than Rurimeria Hill but equally as challenging. We left the pickup location at International house around 5 am. The weather was warm when we got to the KWS Ndunyu Njeru Station to pick up our guide. It took a bit of time as there were two more tour companies headed for the same hike.

The hike started a bit late around 10 am. After some funny exercise,we took the asphalt road that led us down a very steep dusty descend that ended at the river where we proceeded to the fenced area.

From there there’s a very steep ascend through vegetation all the way to the first stop. We were two teams with one guard but different guides but some hikers from both teams were way behind. At this point we all decided to hike together.

The ascend is energy consuming and we had many stops. our pace was slow and I found it very ideal as it made the hike easier.

The sun by now was very hot around 12pm when the first group got to the first stop.

The view here is good as you can see the settlements below and some other aberdare ranges.

From here we hiked up the vegetation and out the rocky area for an even better view.

As we made our way up, there was a very angry bull snorting and chuffing as he pawed and stomped into the ground. It was as if the very sight of us triggered some really bad memories.

That aside, we proceeded up all the way through thick vegetation and emerged through a grass covered area. Which was rocky with very cold winds. This was our last stop before the summit.

After a quick lunch for some group members, we waited for the others which was enough to get back some needed energy. Interestingly, up to this point, I had not experienced any altitude change as am used to, which made the hike fun. Little did I know what lay ahead.

The last leg for the summit was clear and one could see the summit just ahead. The way was filled with water bogs every few meters.

It was a struggle for me to the summit as by now I could feel the altitude kicking in. This always makes me mad every time ha.

About 40 minutes later, we were at the summit. Very cold and drunk with altitude, I lay down to calm my pounding heart.

And once again, the view was breathtaking. We spent almost an hour before getting ready to ascend.

It wasn’t until 7pm when the last group arrived on the bus and we left for late dinner at one of the restaurants on our way home.

It was one of the best hikes and am looking forward to go back again. 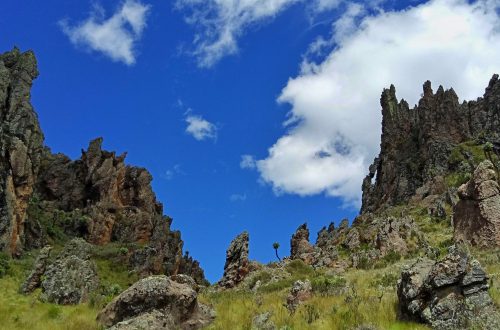 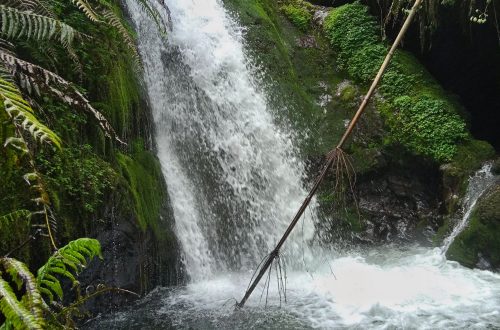